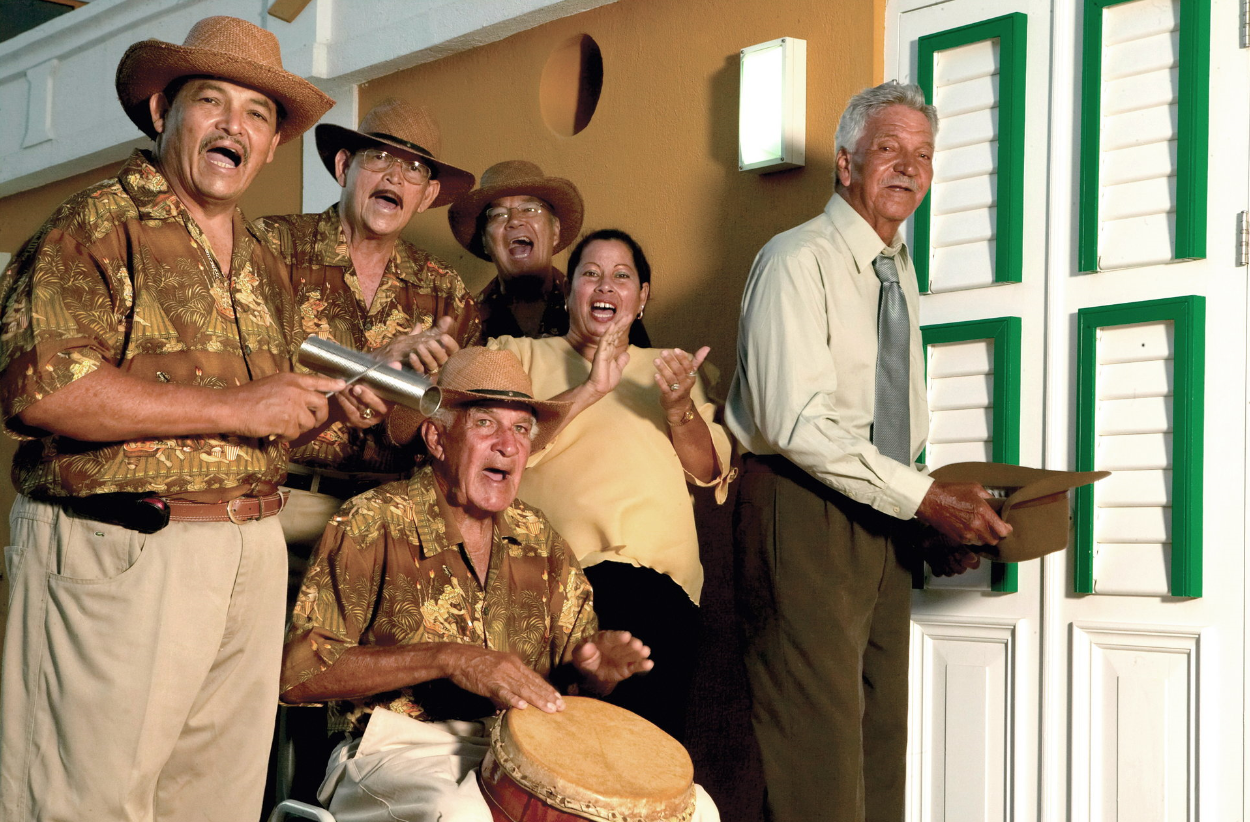 Located in the Caribbean, Aruba is a beautiful Dutch-rooted paradise island with refreshing trade winds and crystal clear waters. With an average temperature of 82° F (27° C), the island attracts more than 800,000 tourists per year.

Aruba offers everything you need for an unforgettable holiday, from yellow sand and the perfect water for diving and water sports to good food, friendly people and a variety of events and festivals where you can learn more about the locals’ culture and traditions.

Such a festival is Dande Festival which takes place on December 27. This is the biggest traditional musical event in Aruba, with more than 50 singers being accompanied by typical musical groups and presenting their original lyrics and composition, but also the traditional Dande song. The name of the festival comes from the Spanish word ‘dandare’ which translates into traveling from one place to another.

During the New Year’s Eve traditions start with a big bang with Arubans lighting up pagaras, which are strings of hundreds of firecrackers to chase out bad vibes and celebrate a good year. In the past dande groups of musicians would go from door to door after the midnight fireworks singing good luck greetings, bestowing blessings, prosperity, and goodwill.

This ritual was started by King Willem II in 1880 when he liberated the slaves. They started visiting Aruban homes in the New Year’s Eve, singing and playing the tambu, wishing the members of the community a prosperous new year.

Today this tradition has turned into a festival where the groups compete for prizes. But the traditional instruments such as the wiri, the tambu and the raspa are still used to produce a festive rhythm.

Dande is being played only after Christmas, and this is a true local tradition since it cannot be found anywhere else. The musicians visit Aruban homes playing traditional music to welcome the New Year. The lyrics vary depending on how many family members there are, wishing each of them a happy New Year mentioning their names.

The singer has to prove his/her ability to improvise. A hat is being passed around while the singer wishes good luck and blessings to the families. After the group sings the Dande, they also play two more waltzes. After their performance the head of the household offers the group something to drink, usually, a non-alcoholic beverage as the singers have many houses to visit.

This tradition would have most likely disappeared if it was not for a group of concerned locals who wanted to keep it alive and pass it to the next generations. Now, every year the Dande Festival is organized on December 27th, with adults and children being invited to participate.

If you visit Aruba during this time of the year, you will have the opportunity to take part in this beautiful festival, singing along the locals or why not, having them wish you a Happy New Year, good luck, happiness and health in the year to come.

Make your Own – Pastechi Galiña