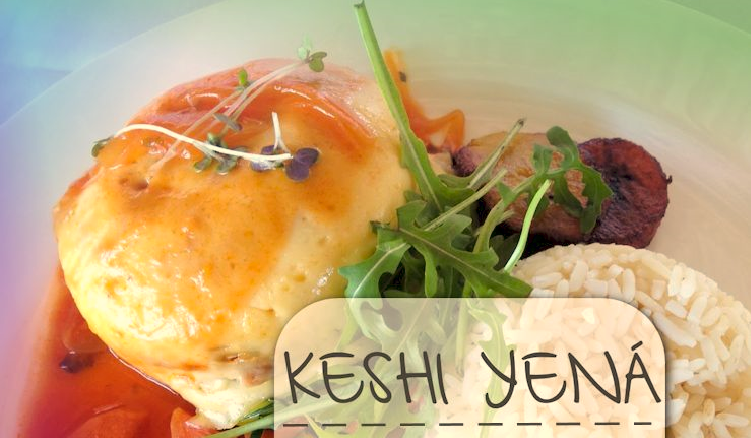 Keshi Yená is a delicious native West Indies dish developed by slaves during the 17th and 18th centuries.

The dish was originally made with a hollowed out wheel of Edam cheese.  The Slave Master ate the cheese and left the thick crust for the slaves.  The slaves got quite inventive and managed to create themselves quite a feast, filling the crust with pieces of meat, vegetables and herbs.

Today’s chefs by and large no longer make Keshi Yená with the hollowed out wheel of Edam cheese.  They are instead taking a layered approach by lining their dish of choice with slices of aged Gouda cheese then adding a layer of various meats (usually chicken), vegetables and spices.  The possible combinations today are endless.

This recipe was originally posted in Dutch on Antilliaans Eten and has been reposted and translated with Jurino’s permission.Bewaren

Make your Own – Ham di Pasku and Ayaka