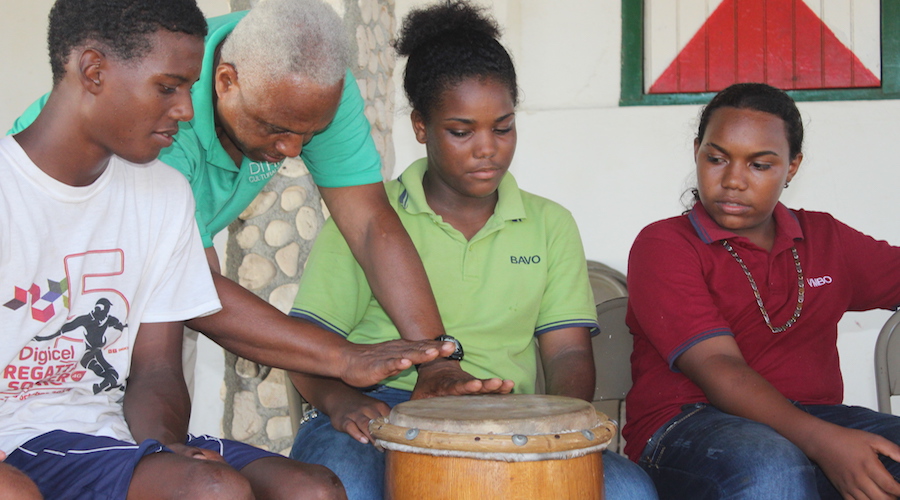 Bonaire is one of the amazing ABC islands in the in the Caribbean Sea. It is known for its near-perfect weather, natural beauty, warm people, delicious cuisine, blue waters and rich cultural history. It is the perfect destination for unforgettable adventures and water sports and activities, especially diving and snorkeling.

To celebrate these unique and exciting facets of Bonaire, some lively events and festivals are organized each year, among which the Bari Festival. Starting at the end of October and running until the end of December, the island is filled with traditional music, good food, people dancing is colorful costumes and the sound of the traditional bari (drum).

It’s all about heritage

Bonaire consists of influences from all over the world, resulting in a unique mixture, which is the proof of how people managed to integrate their different ethnic backgrounds. The Bari Festival has its roots in the African region, with its percussive instruments and polyphonic musicality. Each year the festival tells the story of the harsh living conditions during the slavery period. Paradoxically, that time led to the extraordinary richness and liveliness of Bonaire’s culture.

The real culture of Bonaire is based on traditions which were started by the generations before and are chronicled in the dances and songs that are performed during festivals and holidays.

To forget about their harsh lives, slaves began to sing in their native African style, while they were working the fields. Over the years these songs turned into ritual festivities, completed by vocal polyphony, percussion instruments, and dancing.

The Bari dance is still performed during the Bari festival, the Simadan festival and after New Year’s. There is a solo singer who improvises satirical lyrics that are based on local figures and recent events, while accompanied by the beat of the Bari. The bari is a small drum which is covered in sheepskin, similar to bongos.

A group of people performs the dance in two different stages. During the first stage, the men compete to get women’s attention. During the second stage, the successful competitors dance with their choice of partners, without touching each other. There is also another dance, called the Tumba, which is choreographed in two sets, of eight steps each. The Bari soloist’s musical inventions are accompanied by a variety of other instruments.

Musicians in Bonaire, as well as the other ABC Islands, have proved quite resourceful in creating new instruments from broken tools and other discarded fragments. The Chapi is a small percussive instrument made from the metal end of a hoe and struck with a small metal bar. The Agan is manufactured from the blade of a plow, and the Simadan consists of a scooped-out calabash which floats in a tub of water. The Benta is a string instrument made with a bowed-out knife.

So if you plan to visit Bonaire in December, you will have the opportunity to take part in this fantastic festival. Plus you get a glimpse into the history of the locals, experience the traditional music with roots deep in the past, dancing, and joyful people. This is what you should expect from Bari Festival, besides some amazing memories to cherish a lifetime.

Make your Own – Pastechi Galiña