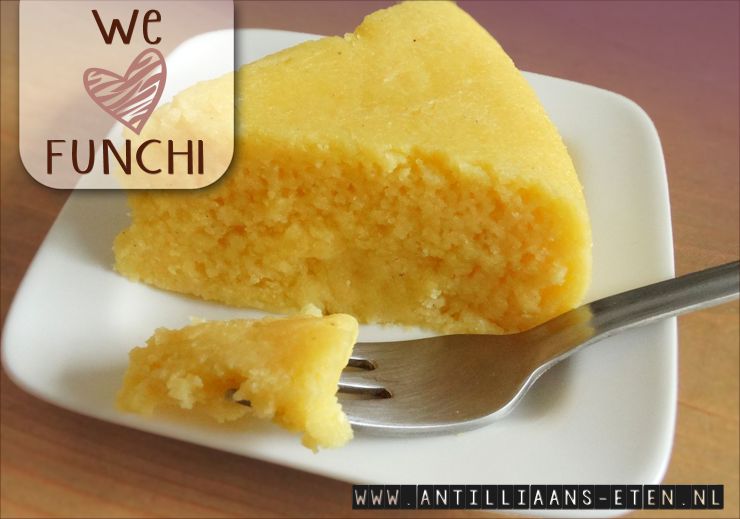 One of the most popular foods in the Dutch Antilles, funchi is a major source of dinner time carbohydrates. It is usually combined with other dishes such as karni stoba (Caribbean beef stew) or served with a tasty sauce.

tip: When pressing into a thick cake, it is best that the funchi is moist.

*Harina P.A.N. corn flour is precooked and needs only 5 minutes to cook instead of 30.

This recipe was originally posted in Dutch on Antilliaans Eten and has been reposted and translated with permission.

The Bari Festival of Bonaire